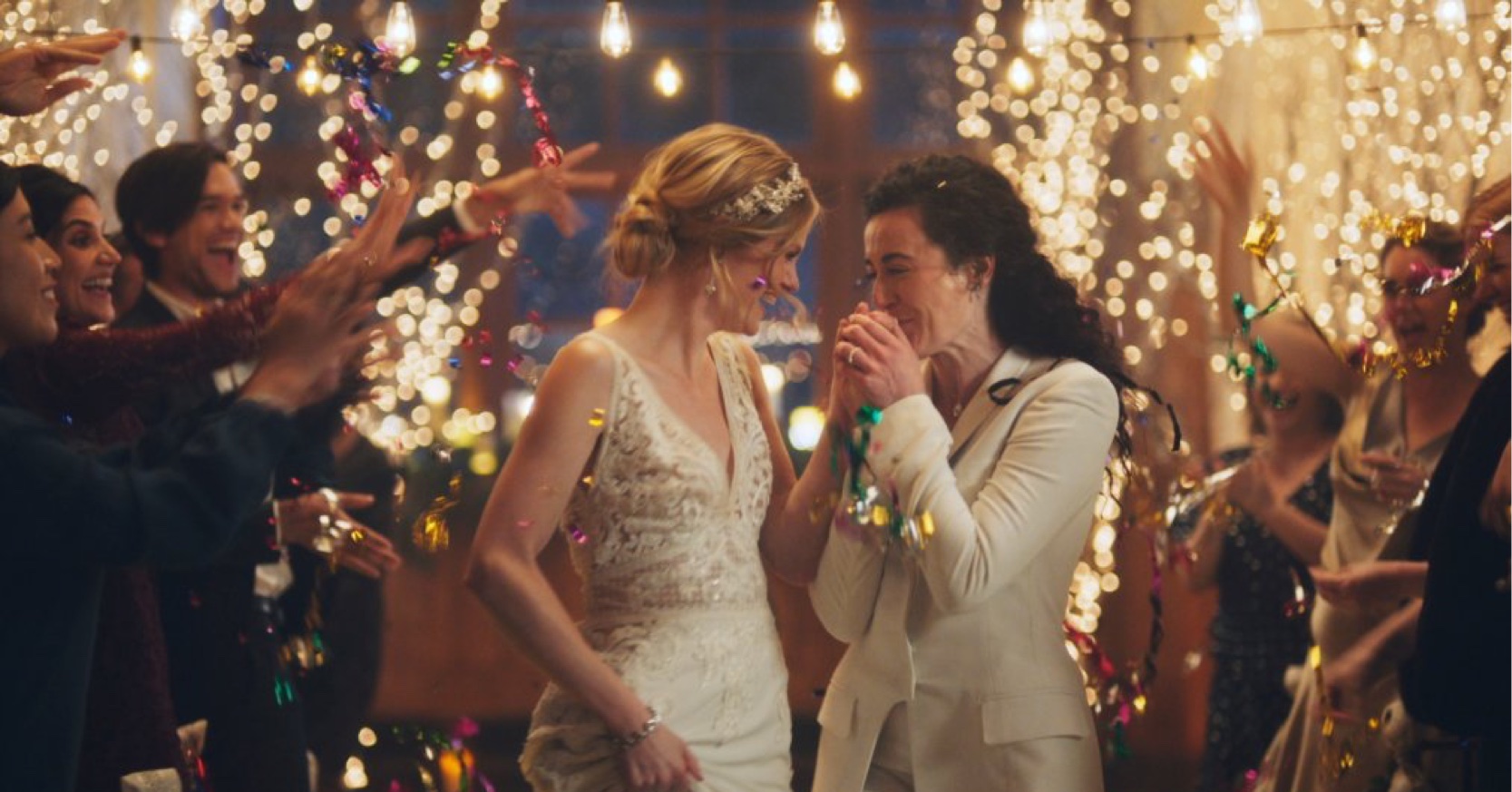 The Mid-America LGBT Chamber advocated on behalf of the LGBT business community and Hallmark employees to encourage the company to denounce and reverse its discriminatory decision to remove LGBT inclusive advertising from the Hallmark Channel.

Kansas City, Missouri | Monday, December 16, 2019– The Mid-America LGBT Chamber of Commerce advocated on behalf of Kansas City’s LGBT business community and Hallmark’s LGBT employees to encourage the company to reverse its decision to remove LGBTQ inclusive advertising from the Hallmark Channel. The Chamber was just one of many local, regional, and national organizations to pressure and lobby the company whose position had been that LGBT inclusive content was too controversial.

“We learned about Hallmark’s decision to pull LGBT inclusive ads late last week and we were surprised and incredibly disappointed,” explains Danny Zaslavsky, Mid-America LGBT Chamber President. “Their decision, and especially their public statements defending the decision were not at all in line with the corporate culture of diversity and LGBT inclusion we know exists at Hallmark” said Zaslavsky. “There was a lot of national attention, but we experienced the pain of this decision on a local and personal level.”

Hallmark was a founding member of the Chamber and has been a major corporate sponsor ever since. Many of the Chamber’s most active members, volunteers, and board members are past and current Hallmark employees and the company regularly hosts chamber related events. Hallmark has an active LGBTQ Employee Resource Group and a Supplier Diversity policy that includes LGBTQ owned businesses.

The controversy started last week when the organization One Million Moms started an online petition and called on the Hallmark Channel to remove some advertisements for Zola.com which depicted scenes of a lesbian wedding. The organization is affiliated with the anti-LGBTQ American Family Association, a designated hate group by the Southern Poverty Law Center, and does not represent one million moms. In response, Crown Media, the subsidiary of Hallmark responsible for programming and advertising on the Hallmark Channel, agreed to remove some of the ads and then Hallmark defended its decision based on a policy banning controversial and political content from advertisers. The company did not remove similar commercials from Zola that included depictions of straight weddings or displays of affection.

“Frankly, our members were outraged,” says Zaslavsky, “and they made their voices heard in phone calls, emails, and across social media.” Though the Chamber did not immediately respond publicly to the controversy, members of its Executive Committee, Policy & Advocacy Committee, Marketing Committee, and its Executive Director, were in constant communication with each other and representatives of Hallmark over the weekend. “We have always seen Hallmark as part of our community, a part of our family,” says Zaslavsky, “we wanted to give them the opportunity to learn and do the right thing.”

“We know many of our members were upset we didn’t comment sooner, “admits Zaslavsky, “but we believed Hallmark was acting in good faith and that we had a real opportunity to make an impact on the decision through advocacy and education.” The Chamber was not the only organization to apply pressure, but it does have a unique relationship with the company, its supplier diversity team, and its employees. “We felt a real responsibility to focus on the decision and not just condemn the company,” explains Zaslavsky, “Hallmark is made up of employees that work harder than anyone to make it a place where diversity is not just accepted but celebrated, it wouldn’t have been right to condemn the people along with the company.”

Late Sunday, Hallmark President and CEO Mike Perry released a statement apologizing for the organization’s decision, indicating that Crown Media recognizes they made a mistake that was painful to the LGBT community and that they would be reaching out to Zola to reinstate the commercials. Perry also announced the company intends to work with GLAAD to ensure better representation of LGBT individuals across its programming. GLAAD, an advocacy group focused on LGBT related issues and representations in the media, had called for a boycott of the Hallmark Channel on Sunday morning.

“We’re obviously encouraged that Hallmark not only reversed its decision but publicly acknowledged it as a mistake,” says Zaslavsky, “it creates a space where other companies can reverse bad and discriminatory decisions and start on a more inclusive path.” The Chamber’s mission is to advocate, promote, and facilitate the success of the LGBT business community and its allies through the principles of equality, inclusion, economics, and education. “I think the Chamber stayed true to its mission and I’m proud of how our organization worked with Hallmark to address issues of LGBT discrimination,” says Zaslavsky, “and I hope our corporate members see us as a resource for fostering more inclusive and diverse cultures.”