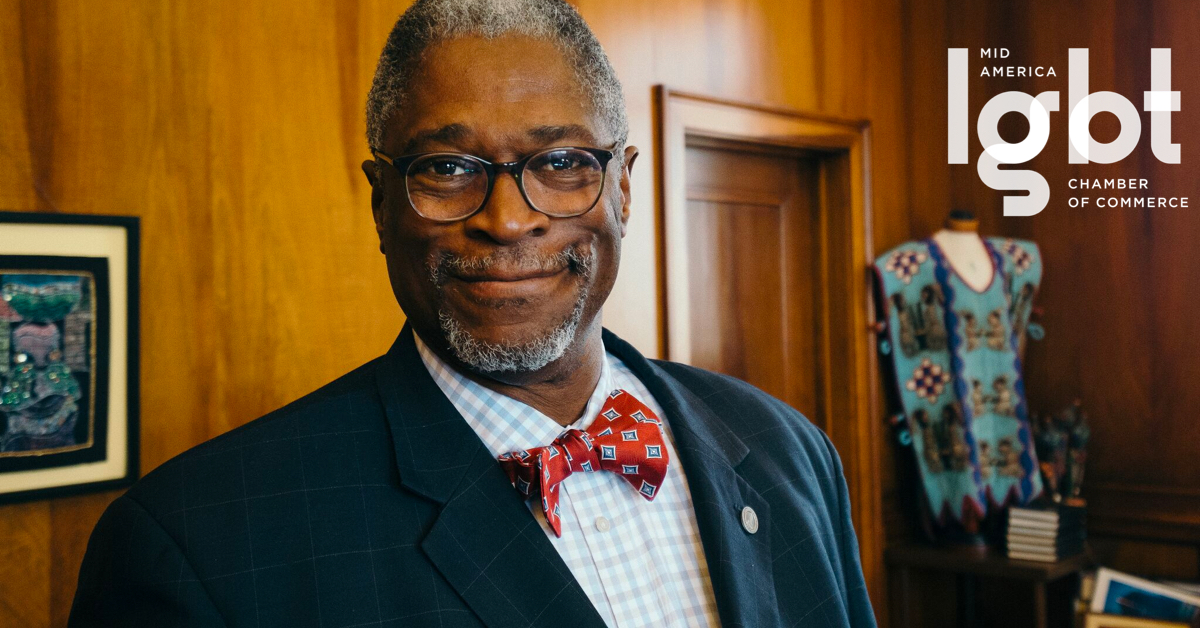 The Mid-America LGBT Chamber has elected new Executive Committee members and its membership has confirmed three new Board Members from the most diverse applicant pool in Chamber history, including former Kansas City Mayor Sly James.

Kansas City, Missouri | Monday, August 3, 2020– The Mid-America LGBT Chamber of Commerce announced today that the organization has elected new Executive Committee members and confirmed three new Board Members, including former Kansas City Mayor, Sly James. The elections align with the Chamber’s annual board elections schedule and coincides with the term limit of the board’s immediate past Chair and President, Danny Zaslavsky.

The Chamber’s new incoming Board Members were confirmed by the general membership during a July 30th virtual B2B Network meeting. The new Board Members include Bryce Reeves, Workspace Strategist for Trilogie, Brandy Williams, Coordinator of Advocacy for MOCSA, and former Kansas City Mayor Sly James, co-founder of Wickham James Strategies & Solutions. Reeves has been a long-time volunteer in the Chamber, including involvement with the Marketing Committee and as Co-Chair of the Ambassadors Program, Williams is currently serving as a Mentor in the Metzler Mentor Program, and James was an incredible advocate for the Chamber and its mission during his tenure as Mayor.

“There is a lot to be excited about,” says Stephen Hills, who was also the Co-Chair of the Nominations Committee. “We had the most diverse applicant pool ever,” Hills says, “which hopefully shows we are doing a better job recruiting and developing diverse leaders.” Hills reports that 50% of the applicants were people of color, 43% identified as female, 43% identified as straight allies, and 57% belong to GenX and an even split between Millennials and Baby Boomers. “Our Diversity, Equity, & Inclusion strategy seeks to create inclusive spaces and opportunities where diverse leaders can develop within the community,” explains Hills, “which we believe to be a more authentic arbiter of diversity and representation.”

The new Board Member slate also includes the Chamber’s second mayoral alumni. Former Kansas City Mayor Kay Barnes served as a founding Board Member for the Chamber and completed two terms. Sly James now joins the board in what Hills hopes will become a tradition of municipal representation. “We are thrilled to have former Mayor James on the board and look forward to everything he can bring to the table through Wickham & James,” says Hills, “but we’re also excited to set a precedent that our board is a destination for Kansas City mayors after their terms have completed.”

The new Executive Committee and new Board Members will officially assume their roles beginning September 1st, 2020. At that time, outgoing Board Chair and President Danny Zaslavsky will officially end his second term and transition to the role of Immediate Past Board President, formerly held by founding Board President Dan Nilsen. Board Member nominations and elections occur every year and members can submit an application any time at www.midamericalgbt.org/application.