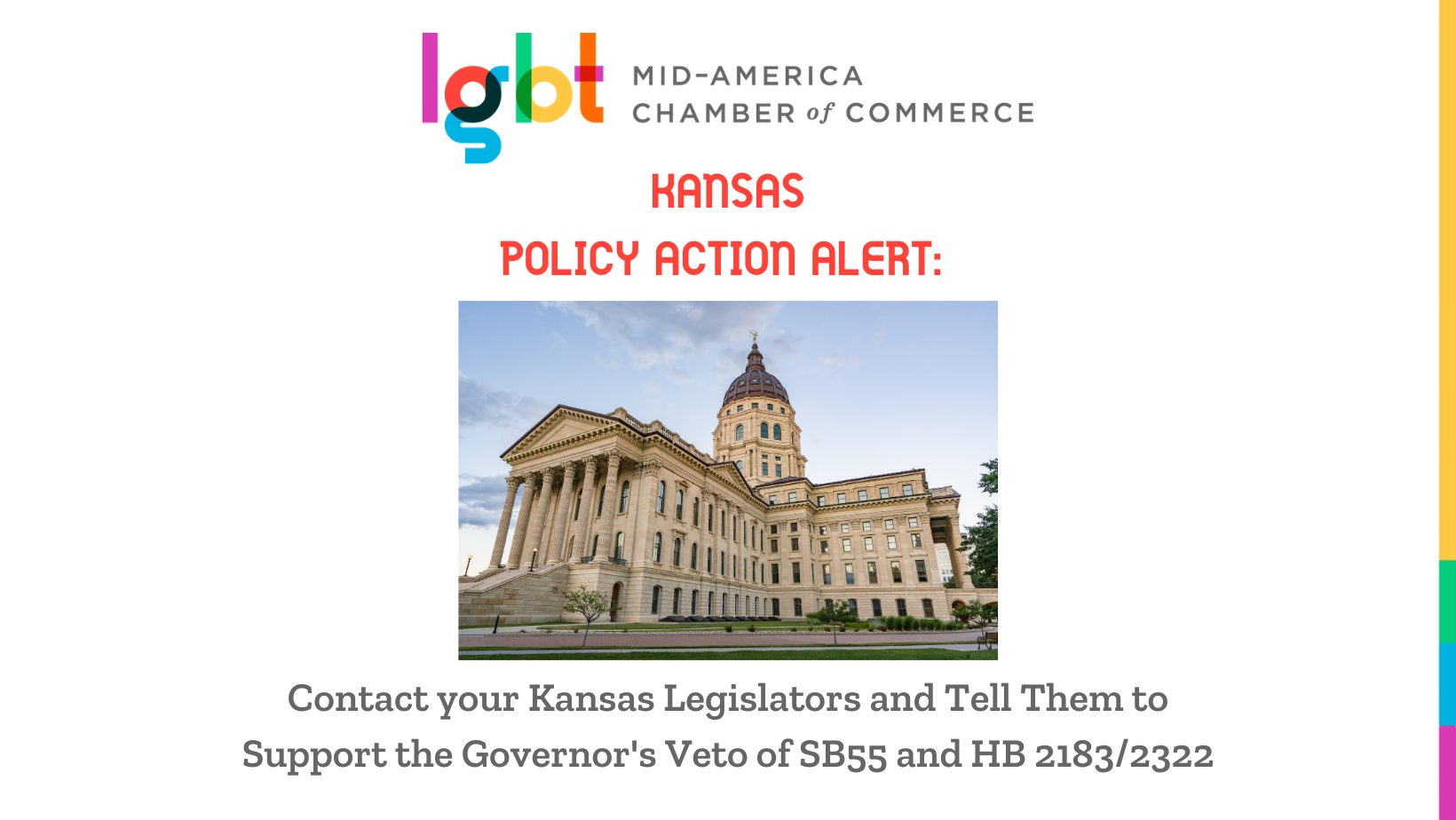 UPDATED Noon 5/3/21: The veto override of SB55 was struck down by one vote in the Senate this morning.  The veto of House Bills 2183 and 2332 passed the House and has been sent to the Senate for a vote.

The letter was written by the Kansas Mainstream Coalition, a non-partisan non-profit grassroots political organization dedicated to creating a culture of informed, enthusiastic Kansas voters, especially in communities that have been routinely undermined in the political process and signed by nineteen other organizations.  The letter was published this morning on social, and to all legislators, mainstream coalition's supporter list, and media.  You can find a copy of the letter here.

We are asking our members and member representatives to to the following to support the Veto of these bills which harm some of Kansas' most vulnerable citizens and would likely negativly  impact Kansas and its businesses.

You can send a letter to your Representative using Loud Light's action link asking them to vote to sustain the veto of HB 2183/ 2332.